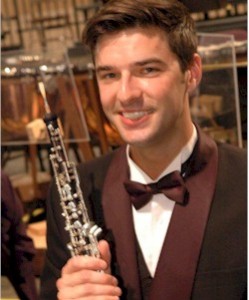 An avid chamber musician, new music enthusiast and teacher, he often finds himself involved in starting up new ensembles, teaching at music camps, making school visits, and collaborating on solo and chamber concerts all over the Northern California area. Mr. Barrett earned his undergraduate degree from the University of the Pacific where he was a member of Phi Mu Alpha Sinfonia, and thereafter obtained a Master of Music degree from Boston University where he was inducted as a member of Pi Kappa Lambda.